PRESTONBURG, Ky.(AP) – Some residents of Appalachia returned to flood-ravaged homes and communities on Saturday to shovel mud and debris and to salvage what they could, while Kentucky’s governor said search and rescue operations were ongoing in the region swamped by torrential rains days earlier that led to deadly flash flooding.

Rescue crews were continuing the struggle to get into hard-hit areas, some of them among the poorest places in America.Dozens of deaths have been confirmed and the number is expected to grow.

In the tiny community of Wayland, Phillip Michael Caudill was working Saturday to clean up debris and recover what he could from the home he shares with his wife and three children. The waters had receded from the house but left a mess behind along with questions about what he and Red Cros his family will do next.

“We´re just hoping we can get some help,” said Caudill, who is staying with his family at Jenny Wiley State Park in a free room, for now.

Caudill, a firefighter in the nearby Garrett community, went out on rescues around 1 a.m.Thursday but had to ask to leave around 3 a.m. so he could go home, where waters were rapidly rising.

CHICAGO (AP) – A single ticket bought in a Chicago suburb beat the odds and won a $1.337 billion Mega Millions jackpot.

According to megamillions.com, there was one jackpot-winning ticket in the draw Friday night, and it was bought at a Speedway gas station and convenience store in Des Plaines.

“We are thrilled to have witnessed one of the biggest jackpot wins in Mega Millions history,” Ohio Lottery Director Pat McDonald, the current Lead Director for the Mega Millions Consortium, said in a statement on the lottery´s website.”We´re eager to find out who won and look forward to congratulating the winner soon!”

The jackpot was the nation’s third-largest lottery prize. It grew so large because no one had matched the game´s six selected numbers since April 15. That´s 29 consecutive draws without a jackpot winner.

WASHINGTON (AP) – President Joe Biden tested positive for COVID-19 again Saturday, slightly more than three days after he was cleared to exit coronavirus isolation, the White House said, in a rare case of “rebound” following treatment with an anti-viral drug.

White House physician Dr.Kevin O’Connor said in a letter that Biden “has experienced no reemergence of symptoms, and continues to feel quite well.” O’Connor said “there is no reason to reinitiate treatment at this time.”

In accordance with Centers for Disease Control and Prevention guidelines, Biden will reenter isolation for at least five days.He will isolate at the White House until he tests negative. The agency says most rebound cases remain mild and that severe disease during that period has not been reported.

Just as when Biden first tested positive, the White House sought to show he was still working.The president sent out a picture of himself masked and tieless on Twitter, which showed him signing a declaration that added individual assistance for flood survivors in Kentucky.

The president followed up by tweeting out a 12-second video of him on a White House balcony with his dog, Commander.

INDIANAPOLIS (AP) – Indiana state senators narrowly passed a near-total abortion ban Saturday during a rare weekend session, sending the bill to the House after a contentious week of arguments over whether to allow exceptions for rape and incest.

The Republican-controlled Senate voted 26-20 after about three hours of debate, passing the bill with the minimum 26 votes needed to send it on to the House, which Republicans also control.

The bill would prohibit abortions from the time a fertilized egg implants in a uterus.Exceptions would be allowed in cases of rape and incest, but a patient seeking an abortion for either reason would have to sign a notarized affidavit attesting to the attack.

Indiana is one of the first Republican-controlled states to debate tighter abortion laws since the U.S.Supreme Court last month overturned the precedent establishing a national right to an abortion.

But the GOP splintered after the rape and incest exceptions remained in the bill Thursday when an amendment failed that would have stripped out those exceptions.

BAGHDAD (AP) – Thousands of followers of an influential Shiite cleric stormed into Iraq’s parliament on Saturday, for the second time this week, protesting government formation efforts led by his rivals, an alliance of Iran-backed groups.

The alliance showed signs of internal division, with some calling for counter-protests – a development that would raise the specter of civil strife – while others later urged for dialogue.

Iraqi security forces initially used tear gas and stun grenades to try to repel the demonstrators, who are followers of cleric Muqtada al-Sadr.Once inside, the protesters declared an open-ended sit-in and claimed they would not disperse until their demands are answered.

As the numbers of protesters swelled, the police backed off. An expected parliament session did not take place and no lawmakers were in the hall.By late afternoon, the Ministry of Health said about 125 people were injured in the violence – 100 protesters and 25 members of the security forces.

KYIV, Ukraine (AP) – Ukrainian and Russian officials blamed each other Saturday for the deaths of dozens of Ukrainian prisoners of war in an attack on a prison in a separatist-controlled area.The International Red Cros Cross asked to visit the prison to make sure the scores of wounded POWs had proper treatment, but said its request had not been granted so far.

Ukrainian President Volodymyr Zelenskyy said the ICRC and the United Nations have a duty to react to the shelling of the prison complex in Ukraine’s eastern Donetsk province, and he called again for Russia to be declared a terrorist state.

“Condemnation at the level of political rhetoric is not enough for this mass murder,” he said.

Separatist authorities and Russian officials said the attack Friday killed 53 Ukrainian POWs and wounded another 75.Russia´s Defense Ministry on Saturday issued a list naming 48 Ukrainian fighters, aged 20 to 62, who died in the attack; it was not clear if the ministry had revised its fatality count.

WASHINGTON (AP) – It´s been more than a year in the making and has seen plenty of ups and downs.Now, a Democratic economic package focused on climate and health care faces hurdles but seems headed toward party-line passage by Congress next month.

Approval would let President Joe Biden and his party claim a triumph on top priorities as November´s elections approach.They have not forgotten that they came close to approving a far grander version of the bill last year, only to see Sen. Joe Manchin, D-W.Va., one of their most conservative and contrarian members, torpedo it at the eleventh hour.

This time, Senate Majority Leader Chuck Schumer, D-N.Y., has crafted a compromise package with Manchin, to the surprise of everyone, transforming the West Virginian from pariah to partner.The measure is more modest than earlier versions but still checks boxes on issues that make Democrats giddy.

Here’s what they face:

The facility, which provides revenue for a Paiute Indian tribe, is about to quadruple in size thanks to an $8 million federal grant that will help build a new gas station with room for cultural displays and locally made products.

It’s one of hundreds of tourism-related projects nationwide that are collectively getting about $2.4 billion from the American Rescue Plan, according to an Associated Press analysis of funds flowing from last year’s wide-ranging coronavirus relief law.

The money is paying for graffiti-resistant trash cans in Portland, Oregon, culturally diverse music festivals in Nashville, Tennessee, sports facilities in various cities and new marketing campaigns to attract tourists to particular states – sometimes in direct competition with one another.

“Our goal is to get people traveling again. Period,” said Dave Lorenz, chairman of the National Council of State Tourism Directors and the Michigan travel director.

In race for monkeypox vaccines, experts see repeat of COVID

LONDON (AP) – Moves by rich countries to buy large quantities of monkeypox vaccine, while declining to share doses with Africa, could leave millions of people unprotected against a more dangerous version of the disease and risk continued spillovers of the virus into humans, public health officials are warning.

Critics fear a repeat of the catastrophic inequity problems seen during the coronavirus pandemic.

“The mistakes we saw during the COVID-19 pandemic are already being repeated,” said Dr.Boghuma Kabisen Titanji, an assistant professor of medicine at Emory University.

While rich countries have ordered millions of vaccines to stop monkeypox within their borders, none have announced plans to share doses with Africa, where a more lethal form of monkeypox is spreading than in the West.

To date, there have been more than 22,000 monkeypox cases reported in nearly 80 countries since May, with about 75 suspected deaths in Africa, mostly in Nigeria and Congo.On Friday, Brazil and Spain reported deaths linked to monkeypox, the first reported outside Africa. Spain reported a second monkeypox death Saturday.

Pope Francis crisscrossed Canada this week delivering long overdue apologies to the country´s Indigenous groups for the decades of abuses and cultural destruction they suffered at Catholic Church-run residential schools.

The pontiff´s penitential pilgrimage – Alberta to Quebec and stopping in far-north Nunavut before flying back to Rome on Saturday — stirred a mix of emotions for school survivors.Some welcomed the Holy Father´s apology for the “evil” of church personnel and “catastrophic effect” of the school system. Still others say far more needs to be done to correct past wrongs and pursue justice.

One First Nations chief even gifted Francis with a headdress, briefly placing the revered regalia on the pope´s head, eliciting cheers from a crowd that had just heard him repent at the site of a former residential school.But some Indigenous peoples found the gesture incongruous with the transgressions Francis said he was sorry for in their homeland.

More than 150,000 Native children in Canada were forced to attend government-funded Christian schools from the 19th century until the 1970s.They were isolated from their homes and culture with the aim of Christianizing and assimilating them into mainstream society, which previous Canadian governments considered superior. Abuse was rampant. 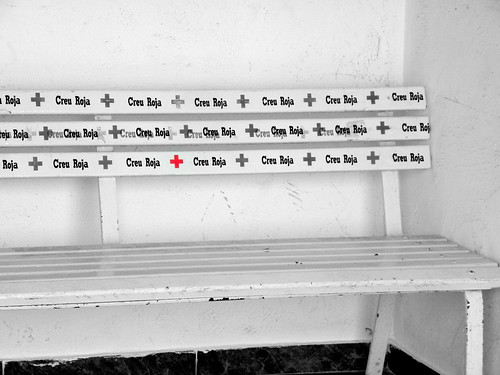 This week, the Canadian government made clear the pontiff´s apology did not go far enough and the First Nations chairman of Canada´s Truth and Reconciliation Commission called on Francis to take responsibility for the full role of the church in the school system.

Quite a number of hold that it’s considerably much less intimate than intercourse, with nearly one in four teen virgins