Shinzo Abe's funeral takes place in Tokyo, after he was assassinated

Shinzo Abe – ‘s longest-serving, best-known and perhaps most-consequential leader of modern times – is being laid to rest today in a private funeral in the capital Tokyo.

Friends and family gathered inside the city’s Zojoji temple – an historic and cultural landmark that houses the bodies of generals from the Edo period – early Tuesday for the ceremony.

Akie Abe, 60, the former prime minister’s widow, then emerged – riding in the front seat of a hearse that carried her husband’s body past crowds of mourners thronging the streets outside the temple.

Most held up their phones to capture the moment, but some clasped their hands in prayer, bowed their heads, or shed a tear as a mark of respect for the great man.

In front of her face, Akie clutched an ‘ihai’ or ‘spirit tablet’: A piece of wood that is typically inscribed with the deceased’s name, date of birth, date of death, and – in the case of notable public figures – often a posthumous name that reflects their social standing and life achievements.

From the temple, Abe’s body was taken across the city to the Kirigaya Funeral Hall where it was cremated in keeping with Buddhist tradition. Along the way, it travelled via parliament, the prime minister’s office, and Liberal Democratic Party headquarters so his former colleagues can pay tribute.

Akie Abe, Shinzo’s widow, rode in the front seat of the hearse clutching an ‘ihai’ – or ‘spirit tablet’ – in front of her face, which is typically inscribed with the name of the dead, their date of birth, date of death, and sometimes a posthumous name reflecting the dead person’s social standing and life achievements

Members of Japan’s defence forces stand at attention as the hearse carrying the remains of former Prime Minister Shinzo Abe emerge from the Zojoji temple, headed for a nearby crematorium

People hold up their phones to try and capture a last image of Abe’s hearse as it heads across town to a funeral home, where his body will be cremated

Thousands of people lined the route that Abe’s hearse was due to pass along during his funeral today, as they bid a final farewell to the country’s longest-serving prime minister

A woman buries her face in a handkerchief as she shed tears for Mr Abe, who was shot dead on Friday last week in an attack that has deeply shocked the country

People weep and bow their heads in respect as the funeral for Shinzo Abe takes place in Tokyo today, following his assassination last week while at a campaign rally

A hearse carrying Shinzo Abe’s body processes through central Tokyo, on its way to a funeral home for cremation via the city’s parliament building and prime minister’s office

No plans for a public funeral have yet been announced, though it is expected that Abe will be given some form of state ceremony as a mark of respect for his lifetime of public service.

His funeral takes place a day after a ‘tsuya’ ceremony – akin to a Western wake – in which family gather to offer prayers for the dead.’Tsuya’ literally translates as ‘passing the night’, because relatives sometimes choose to keep a night-long vigil over the body to pay their final respects.

It is unclear whether Akie – a former socialite and DJ who had been married to Mr Abe for 35 years before he was shot dead last week – kept the vigil.

Shinzo Abe, who served as prime minister between 2006 and 2007 and then again from 2012 to 2020, was killed last week while campaigning in the southern city of Nara after being blasted by a home-made shotgun.

Tetsuya Yamagami, 41, has admitted killing the politician – saying he targeted him because he believes Abe is a member of the South Korean Unification Church, more commonly known as the ‘Moonies’.

Yamagami says his mother is a member of the church – known to some as a cult – and has financially ruined the family by making donations to them.The church has confirmed she is a member, but has not shared any information on money she donated.

Those gathered outside Zojoji temple on Tuesday described the shooting as ‘despicable’. It has deeply shocked a country in which violence in general, but particularly gun violence, is almost unheard-of.

‘I can’t get over my sadness, so I came here to lay flowers and say a prayer,’ consultant Tsukasa Yokawa, 41, told AFP, describing Abe as ‘a great prime minister who did a lot to elevate Japan’s presence’ on the global stage.

‘More could have been done to prevent it,’ said Yuko Takehisa, a 51-year-old assistant nurse who lives in Kanagawa, near Tokyo, said – complaining that ‘no one reported’ Yamagami to police despite reports he had test-fired a handmade gun before the attack.

Abe’s remains were processed through the streets of Tokyo following his funeral, passing in front of the headquarters of his Liberal Democratic Party (left) and the parliament building (right) as colleagues came out to pay their respects

Abe’s hearse also passed by the prime minister’s office, with members of his staff gathering outside to bow their heads in a mark of respect and prayer as they said their final farewells

Local police have already admitted flaws in their guarding programme for the high-profile politician, who was approached from behind and esenyurt escort bayan shot in broad daylight.

Police searches of the suspect’s home have found pellets and other possible components for building a gun like the crude weapon used in the attack, Japanese media reported Tuesday, citing unnamed investigative sources.

Yamagami spent three years in Japan’s navy and reportedly told investigators that his mother’s large donations to a religious organisation had caused the family financial troubles.

The Unification Church, a global religious movement founded in Korea in the 1950s, said on Monday that Yamagami’s mother was a member, but did not comment on any donations she may have made.

Abe’s murder sparked shock and outrage in Japan and worldwide, and an outpouring of condolence messages.

Foreign Minister Yoshimasa Hayashi said Tuesday that over 1,700 condolence messages had been received from 259 countries, territories and international bodies.

On Monday, US Secretary of State Antony Blinken made a previously unscheduled stop in Tokyo to pay tribute to Abe, describing him as a ‘man of vision.’

The visit has the potential to anger Beijing, though Hayashi said Lai was travelling in a private capacity and there was no change to Japan’s policy on working non-governmental relations with Taiwan.

After Tuesday’s funeral, Abe’s body will be driven past some of Tokyo’s political landmarks, including the prime minister’s residence – known as the Kantei – and the country’s parliament, the Diet.

Public memorials are expected to be held at a later date, with suggestions that top foreign political leaders could attend, but no details have yet been announced.

Abe was the scion of a political family and became the country’s youngest post-war prime minister when he took power for the first time in 2006, aged 52.

He resigned in 2020 at the end of his second stint after suffering health problems.

His hawkish, nationalist views were divisive, particularly his desire to reform the pacifist constitution, and he weathered a series of scandals, including allegations of cronyism.

Mr Abe was hit in the neck and chest by the second of two shots, suffering massive blood loss.He was rushed to hospital but was pronounced dead five hours after the shooting

Mr Abe’s was Japan’s longest-serving, best-known, and perhaps most-consequential post-war leader before he was shot dead at the age of 67 while attending a political rally on Friday last week

But he was lauded by others for his economic strategy, dubbed ‘Abenomics’, and his efforts to put Japan firmly on the world stage, including by cultivating close ties with former US president Donald Trump.

Ironically, Abe’s death may prove the tipping point that sees some of his long-held dreams become a reality.Just two days after he was killed, his Liberal Democratic Party won a parliamentary super-majority that gives them a mandate to push ahead with constitutional reforms he long maintained were necessary.

Abe’s dream was to amend the pacifist constitution forced upon the country by the US at the end of the Second World War, allowing Japan to build and maintain a regular armed forces that would give it added weight as a power-player on the global stage.

Current Prime Minister Fumio Kishida has vowed to push ahead with Abe’s agenda, but admits it will be a struggle to find direction without a man who remained a towering figure in Japan’s politics even after he stood down as PM.

‘Because we’ve lost a great leader, undeniably we could be affected in many ways,’ Kishida said.’Our party must unite as we face difficult issues.’

Experts said Abe, a kingmaker and head of the largest wing in the party, had no clear successor and his absence could trigger a power struggle among members of that faction.

‘The absence of Mr.Abe and his grip on power in the party could give Mr. Kishida more of a free hand to take his own initiative,’ said Koichi Nakano, a professor of international politics at Tokyo-based Sophia University.

Kishida has enjoyed relatively high approval ratings for his perceived effort to listen to the people.That suggested support could be growing for his more moderate stance – and lessening for Abe’s more conservative approach, Nakano said.

But he added any significant change in direction would be hard for Kishida and would take time. Much of Japan’s current diplomatic and security policies, such as the stronger Japan-U.S.alliance and pushing for a free and open Asia-Pacific region as a counter to China’s rise, were set by Abe and remained unchanged, he said.

Kishida said the response to the COVID-19 pandemic, Russia’s invasion of Ukraine and rising prices would be his priorities.But he also vowed to push for reinforcing Japan’s national security and amending the constitution, which only allows the country’s military to act in self-defense.

Abe, along with some of the country’s ultraconservatives, considered the document written by the U.S.in the wake of World War II a humiliation and have long sought to give a greater international role to the country’s military, called the Self Defense Force. But many in the public are more supportive of the document and see addressing the pandemic and the soaring cost of food, fuel and childcare as more pressing.

‘We will inherit his will and tackle the issues he had to leave unachieved,’ Kishida said. 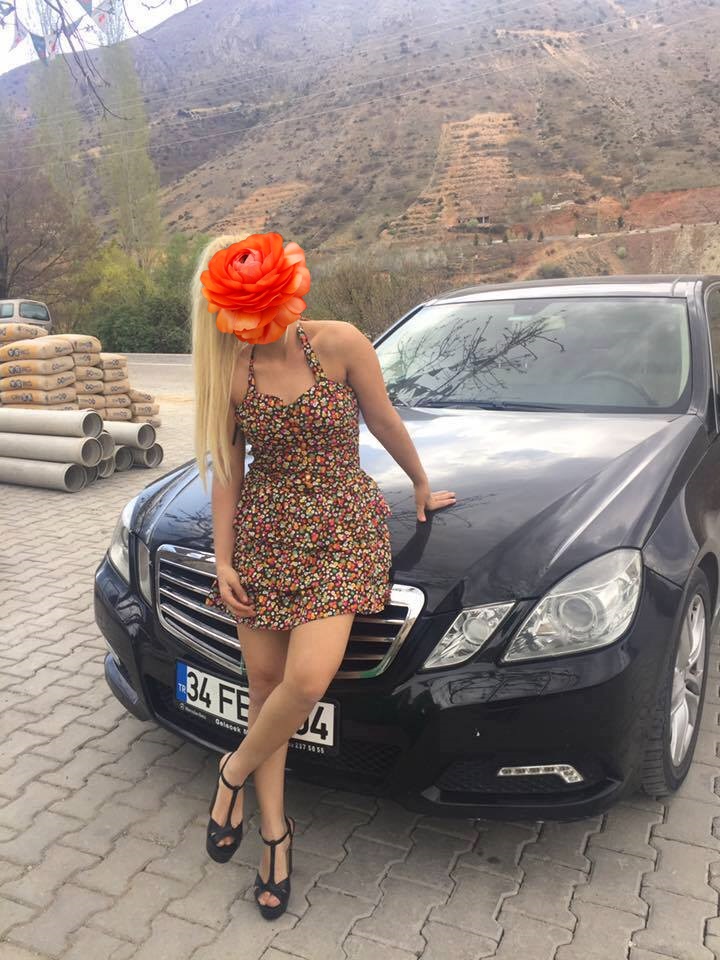 Enhance Your Raising a child By Using These Straightforward Recommendations

Boost Your Being a parent By Using These Basic Suggestions